AMERICAN DREAM OF THE TAJIK YOUTH
Striving to achieve the American dream or to desire to get away from the hopelessness, lack of prospects and lack of work in Tajikistan: what pushes young Tajiks to participate in the annual Green Card lottery (Diversity Visa Program)?
RU

According to statistics provided by the US Department of State, over 210,000 Tajiks applied to the Green Card lottery during 2019-2021.
Every year, more and more Tajikistan residents participate in this lottery. The advertisement of the centers for filling out the application at every corner of large cities of the republic and the queues lining up there during the application period demonstrate it.
Many companies offer their services: in the largest capital's shopping center "Dushanbe Mall", you can see several stands, where employees help those wishing to apply for 100 somoni (about $9). Such service could be received almost anywhere in the city. The further from the center, the lower the price for filling out the application.

The interest in the Green Card is growing in the country. There are similar centers not only in every city, but also in remote regions of the country.
Khurshed, 27, heard about the 2022 lottery start on Instagram account of the US Embassy in Tajikistan.

Fearing mistakes or inaccuracies in filling out the application, Khurshed decided to turn to professionals for help.

In one of the stores in the capital district, known as "Profsoyuzy", which sells phone chargers, where you can take passport photographs and receive intermediary services for filling out Green Card application, where Khurshed went, a young guy asked him to stand against the white wall and took a couple of photos. 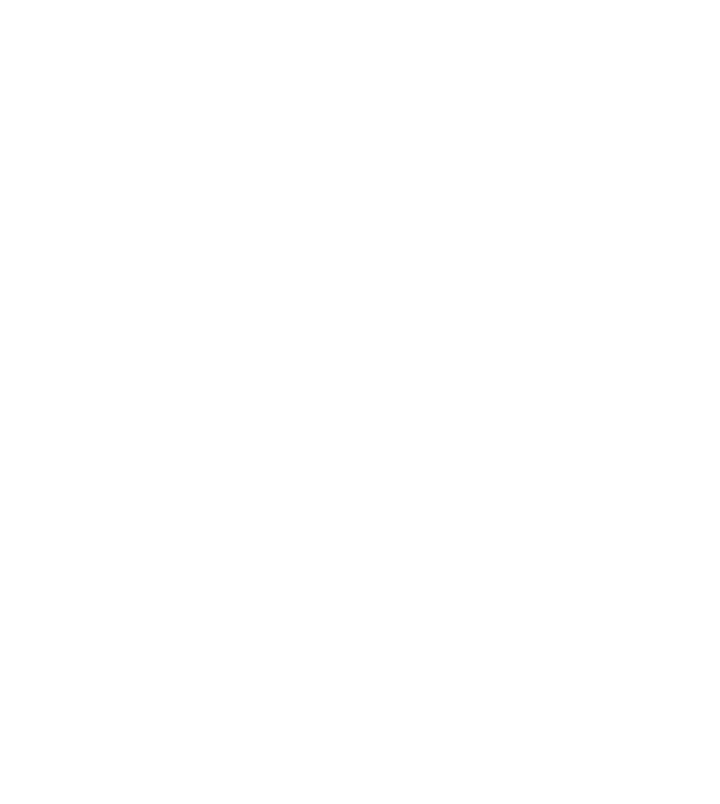 "Keep your head straight, do not blink. Americans are very scrupulous; any little detail can be a reason for refusal"

These words made the right impression on Khurshed, he asked to add a suit in Photoshop, but the seller declined this request for the same reason: the Americans want a real RAW photograph, untouched. You cannot add jackets with a tie; you cannot delete acne and blackheads on the nose.

Having scanned his foreign passport, the guy began filling out a paper application, asking questions about the place of birth, marital status, registration and education, and so on. For his services, he took 35 somoni ($3) and promised that the code for checking the status of the application would be send within three days to Khurshed's email.

Until Khurshed received the code, he was very nervous. It is hard for a young man to pay even little money, since he has not been working for a year and a half, dependent on his single mother, whose doctor's salary does not allow her to enjoy a lavish lifestyle; she has to earn extra money.

Khurshed's last place of work was a bank, where he was responsible for money transfers and currency conversion. There was a lack of staff; the employees had to combine the duties of several staff positions at once working on old equipment. This was going on under the loud pressure of the angry queue. Stress and haste led to mistakes, mistakes – to reimbursement of money from their own pockets. Unable to cope with the stress, Khurshed quit his job and decided to go abroad.

He found intermediaries who promised him employment in Turkey at a factory for the plastic bags production. He paid $300. When the time to sign the contract came, the intermediary eventually disappeared. Grieving, Khurshed found an option of moving to Poland. This cost him $500. The mediator from Ukraine promised to solve everything from day to day, but eventually, connecting everything with the coronavirus as the unforeseen force majeure, refused to return the money.
Searching for a job in Dushanbe seems meaningless to Khurshed:
“
Employers do not care about my economics degree. The maximum I can count on is the position of a sales representative; I will go around some stores with a notebook hoping to sell an unnecessary to anyone product. Have I tried to apply for vacancies? No. What is the point? Everyone understands everything.
Thousands of young men in Tajikistan, just like Khurshed, dream of getting a Green Card and leaving for a country where they expect the best prospects.

In 2019, according to the US Department of State, 162,200 applications from Tajikistan participated in the lottery, of which 2,332 won.
The reasons pushing Tajiks to seek happiness abroad vary, but in personal conversations, people mainly complain that corruption, nepotism, a weak economy and intra-clan, regionalist paternalism prevent young people from realizing their potential at home.

Speaking about social problems, young people try not to tell the names and positions of those in power, and even their voice becomes quieter. The discomfort of the sources can be felt: a direct conversation about politics seems pointless and dangerous to them. The Aesopian language and the art of hinting, which Tajik citizens have mastered perfectly, serve as armour in such conversations.

Farkhunda (not her real name), student at the Russian-Tajik Slavonic University, agreed to explain why she is determined to migrate from Tajikistan after graduation, on the condition if the article would be neutral and would not "drag her into an opposition scheme"
“
From the 9th grade, I wanted to become a diplomat; I studied law, geography, and history. Having finally enrolled to the Faculty of International Relations at Slavonic University, I was very happy. I like studying, but I understand that I will never make a career as a diplomat in our country. I am not from Khatlon region; I have no relatives at the Ministry of Foreign Affairs. My brother jokes that once I graduate, I will be the most qualified taxi driver in town.

Therefore, I decided for myself that I would go either to Germany or to the USA. I applied for a Green Card this year, and my studies will be over by 2022. However, I am not going to wait, I will find opportunities to move to Germany. What am I going to do there? I do not know. At first, I will get a job as a nurse, learn the language, and then, I will see.
Jamshed, 31, was happy to get a chance to speak out:

“
I lived in the Middle East since 2011. For two years, I worked in Doha as a dishwasher in a hotel, learned Arabic and spoke a little English. Then, with a friend, I went to Abu Dhabi, got a job as a waiter in a restaurant at a five-star hotel. My employer was the hotel, which made easier my transition to the receptionist position a year and a half later.

I worked at the hotel until 2020, gradually climbing the career ladder, gaining experience and knowledge, and participated in countless training. In February 2020, for the first time in 5 years, I came home on vacation, then, the coronavirus happened. The hotel first gave me unpaid leave until September, and, at the end of August, sent a letter about my dismissal. The visa, of course, was cancelled.

My savings were not forever, I began to search for work in local hotels and travel agencies. I was ready to become a tour guide or sell tickets. I wrote, called, and went there without results. I have already accepted not finding anything here. I really hope that there will be no more quarantines and restrictions on entry in 2021 in the world, and I will be able to leave. Thank God, the financial savings allow me to wait out this madness; I live with my parents, and they help.
Green Card is a great opportunity to change your future without having to "pull the strings" and connections.
"Many young people do not have a definite strategy, their plans are not clear and purposeful, but one thing is clear: they want to leave," says Rustam Gulov, a well-known blogger and civic activist.

According to the blogger, the main reason why Tajiks, both young and older people, are already trying to leave the country with their whole families, is that many understand that due to corruption, nepotism and other reasons they do not have the opportunity for self-development, for personal and professional growth, for a more worthy future: 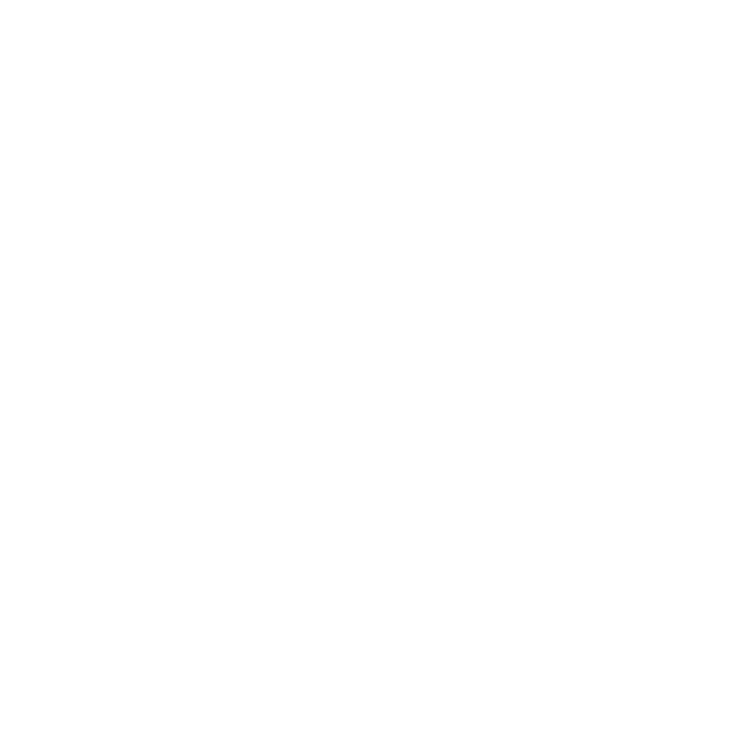 Rustam Gulov. Media trainer, blogger, web designer.
"Just like twenty years ago, there are still no jobs. That is, many people understand that for all the years of Independence, except for the end of the civil war, life did not improve in any way. However, people are not the same as they were thirty years ago. For the current generation, it is not enough to say, "At least, we are not in a war".

If you do not have connections, which could find a good job for you, help you open your business, you have no opportunity to realize your potential successfully. Then, people understand that there are developed countries in the world for this. Green Card is a great opportunity to move to a country where, without corruption, without any connections in government bodies, you can easily open your business, develop further, and have good living conditions.

The success stories of our compatriots who won the Green Card, moved to America and write about their lives from there, inspire people even more to use this opportunity," Gulov said.